Losing your fantasy football league is bad enough. You’re filled with the shame of knowing you’re a terrible manager of a fake team, but also have to deal with the torment and trash talk from your competitors. For some leagues, however, the punishments for losing just add incredible insult to stinging injury.

We’ve heard of the leagues that make their losers take the SAT or do the Waffle House Challenge (24 hours in a Waffle House with every waffle eaten subtracting an hour), but one fantasy league deployed a punishment that will make even you at home feel the awkwardness.

Zach Rosenblatt, the Giants beat writer for NJ Advance Media, took to Twitter to introduce us to his buddy, Chris, who had an unusual and hilarious punishment for coming in last:

This is Chris. He came in last place in our fantasy football league.

His punishment: Go to a nice restaurant with a large teddy bear as his date. pic.twitter.com/NVFFa2wzXr

Yes, that’s a gigantic Winnie the Pooh stuffed bear. It’s nice that Winnie the Pooh got his own meal, however. As part of the truly wonderful thread, Rosenblatt shares video video of the restaurant staff singing happy birthday to the table, ensuring that everyone in the building realized there was a grown man there with a stuffed animal.

And to ensure everyone in the restaurant noticed his date: pic.twitter.com/VhXhGCDZ8T

According to one of the tweetsChris said, “I feel like it’s like a bad blind date episode with a crickets sound effect playing.”

A look back at the 9 (!) Teams Ryan Fitzpatrick played for in an unlikely 17-year NFL career 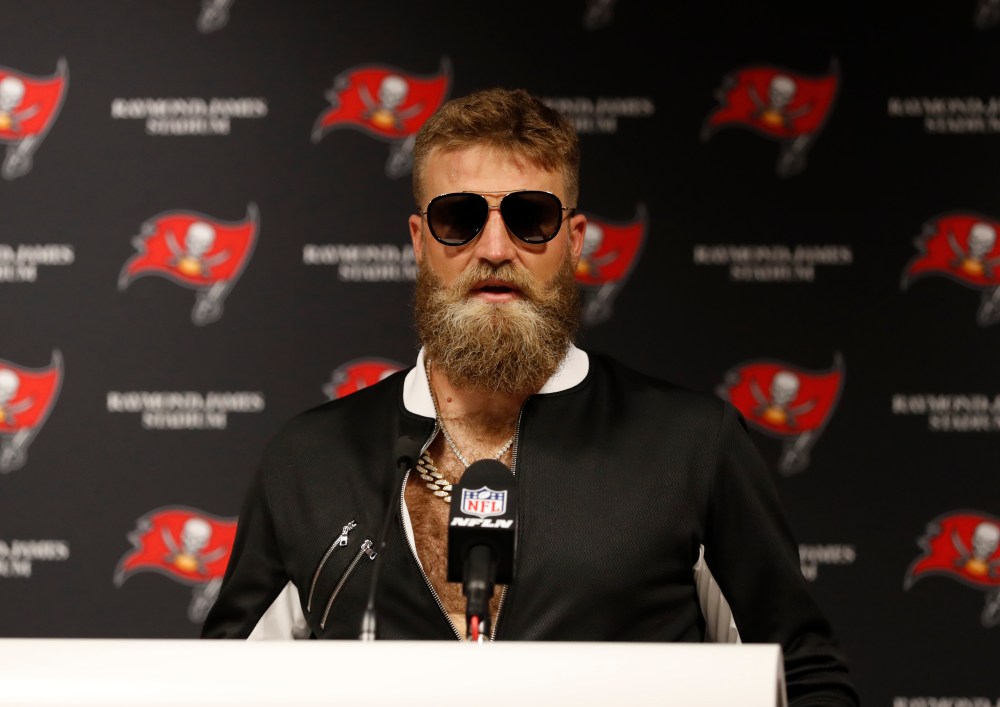