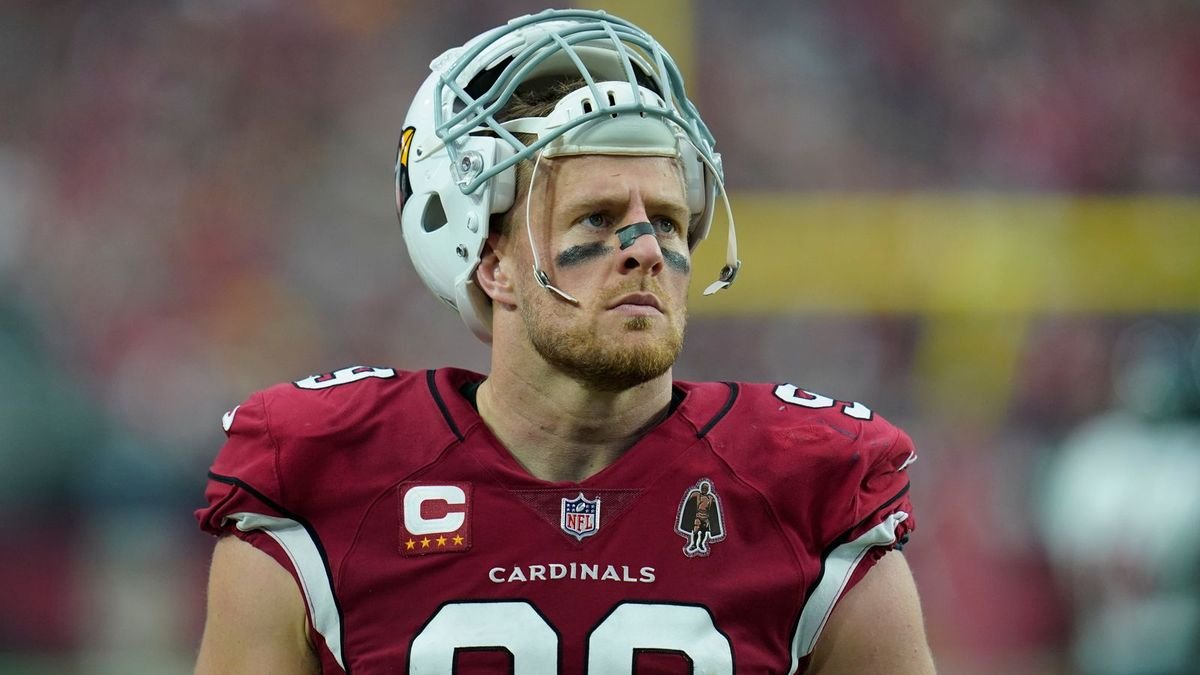 The defensive end great JJ Watt is a beast on the field. Watt’s prowess as a football player is widely popular. He is one of the few players in the game famous for his build and strength owing to his insane workout schedule and discipline. Recently in an interview, Watt sheds light on whether he would contemplate joining the UFC for a few MMA fights after his illustrious football career.

JJ Watt has been an asset for the Houston Texans before he joined the Arizona Cardinals in 2021. In his 12 years of experience in the NFL, he established himself as the beast. He recorded a total of 98 sacks in 127 games.

Moreover, on being compared to the Jones family in sports, Watt said that they can have the title of being the best. Watt and his brothers don’t want to be compared to the MMA Jones brothers, considering they can’t take a kick, per Watt.

In the interview with TMZ, Watt explains what kind of relationship he has with the Jones brothers. In addition, he also throws light on why he thinks that despite his weight class and strength, he wouldn’t be a good MMA fighter in the UFC.

Why does JJ Watt shut down his future at the UFC?

While speaking with TMZ, Watt said, “I love watching UFC. I was at the last fight when John fought. I sat with Chandler so we have a camaraderie, lil bit, between the families. For me, obviously being a part of one is such a cool thing, brothers get to share the experience. Us in the same league, Chandler and John in a different league.”

While talking about his future in the UFC, he said, “No! No interest. Like I said, you pop one shot at my shin, and I’m on the ground. Like those little kicks when you’re watching on TV, you kinda brush them off… I was sitting ringside in the last John Jones fight, that kick would snap a regular person’s leg in half.”

As JJ rules out his debut in the UFC, he has valid reasons. Nevertheless, he is preparing for another season with the Cardinals as the pre-season begins soon. Not in MMA, but Watt would look to keep his defense tight in the NFL in the 2022 season.

Watch This Story: Aaron Donald, JJ Watt, and DK Metcalf show just how super human they can be in preparation