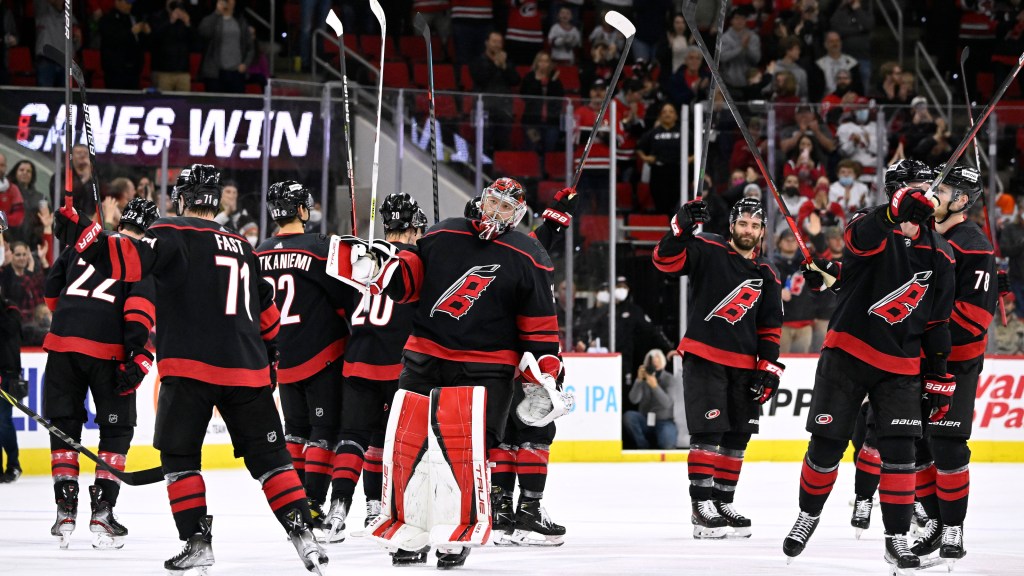 Heading into last season, the Carolina Hurricanes were considered one of the most dominant teams in the Metropolitan Division and the Eastern Conference. A solid blue line, great depth, and a revamped goaltending tandem set the Canes up for a super successful season. Owning a record of 54-20-8, the Hurricanes ended up being the 1st in the Metro Division. In the playoffs they barely squeezed by Boston in seven games, and ultimately fell to the Rangers in six games.

Going into this upcoming season, the Hurricanes still look to be a looming threat in the Eastern Conference.

The Hurricanes swindled the Vegas Golden Knights by acquiring Max Pacioretty and Dylan Coghlan for (Future Considerations) damn near nothing. They also managed to acquire Brent Burns from the San Jose Sharks at a reduced rate. Sure, Pacioretty and Burns are both in their 30s, yet both have remained among the best players in the league at their respective positions. The Canes not only replaced Tony DeAngelo but they also addressed their need for a scoring winger.

Burns adds another level of offense for the Canes d-corps. He may not be as defensively reliable as he used to be, but if partnered with a nice anchor, Burns could add some serious talent. Max Pacioretty is the bigger fish caught of the two major acquisitions. If he stays healthy he’s the big goal-scoring threat that this team has always needed. It hurts to lose Nino Niederreiter, but Pacioretty is a necessary upgrade. Ondrej Kase adds some depth to the mix and although he’s not anywhere close to Vincent Trocheck’s level, that gap should be bridged by an increased role and big step from Jesperi Kotkaniemi.

Carolina had a very strong offseason where they added two major contracts and a smaller deal for Kaše, the Canes still have serious control over their cap situation. They have their two stars, Andrei Svechnikov and Jaccob Slavin, signed to two of the best deals in hockey. They still have Sebastian Aho, Teuvo Teravainen and Brett Pesce on their squad with two years left in their deals, but they’re all pretty underpaid as well. Add a below-market deal for Ethan Bear. And not to mention, they still have Frederik Andersen, their team’s MVP last year, who is on a pretty team-friendly deal for a goalie who played at a Vezina-caliber rate last year. The only real bad contract the Hurricanes have is that of Jesperi Kotkaniemi who unfortunately overpaid for what he’s shown to date. The Canes did very well for themselves this off-season. Again.

The Canes really have put themselves in another position to succeed. As long as they can make it through the regular season sit atop the difficult Metro Division again they stand a solid chance to try another run at the Cup. They were close to beating the Rangers last year, and have shown major glimpses of a dominant team on all ends of the ice. With some veteran additions to a hungry team, the Canes can really go far this season. And with some solid young pieces still at their core, this storm isn’t going away anytime soon.