Tammy Slaton, from the TLC reality show 1000-lb Sisters, has revealed her drastic weight loss after being admitted to a food rehab center.

The TV star, 36, left fans shocked after she showed off her new look now that she’s shed pounds, prompting fans to praise her for how ‘amazing’ she looks.

In a viral video posted to TikTok, Tammy appeared to be noticeably slimmer as she seems to have shed off a huge amount of weight.

In the video, Tammy only shows her face and lip-syncs to the holiday song Where Are You Christmas?, captioning the clip: ‘I know Christmas is over but I thought this was funny/cute.’ 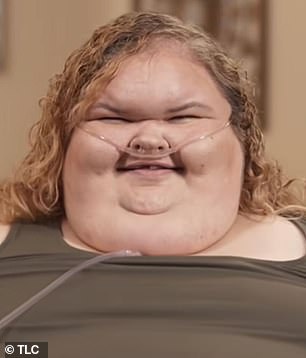 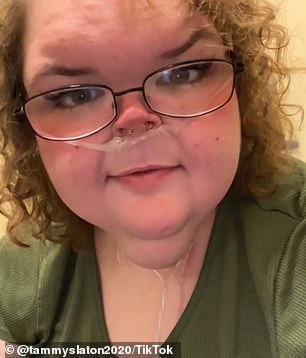 The reality star, 36, left fans shocked after she showed off her new look

The reality star’s comments section was quickly flooded with messages from fans who congratulated her on her weight loss journey.

Last month, Tammy – who previously revealed she was pansexual – married her partner, Caleb Willingham, during an intimate ceremony, surrounded by only family and loved ones.

The lovebirds tied the knot at the Windsor Lane Rehabilitation Center in Ohio, which is where they initially met while both seeking treatment.

The reality star raised concerns among fans in March after her TikTok account seemed to have been deactivated once she was rushed to the emergency room.

Tammy has been taking her fans along with her on her weight loss journey through her social media as she received treatment at the rehabilitation center.

But when fans noticed her social media account was displaying an error message at the same time she was sent to the hospital and placed on a ventilator after she stopped breathing, they panicked. 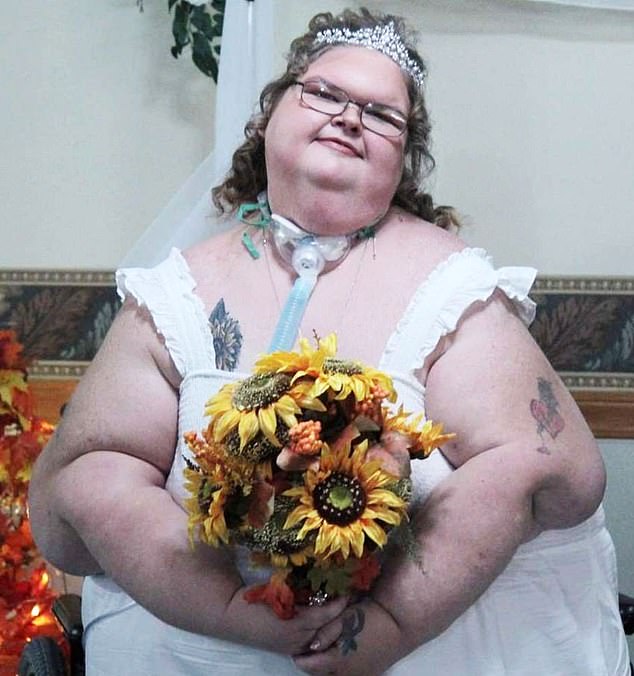 Last month, Tammy married her partner, Caleb Willingham, during an intimate ceremony, surrounded by only family and loved ones. 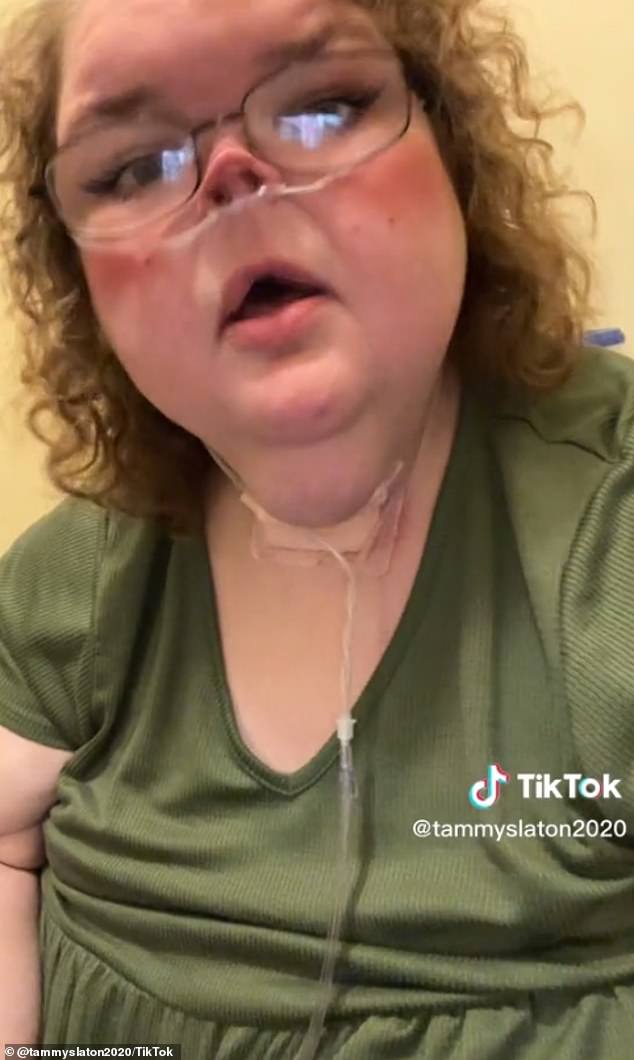 The reality star (pictured after weight loss) raised concerns among fans in March after her TikTok account seemed to have been deactivated once she was rushed to the emergency room. 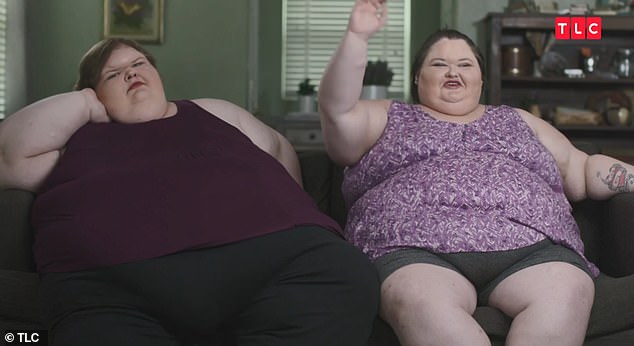 The terrifying ordeal was featured on the TV series, with her sister Amanda saying: ‘They’re just telling us that her lungs have given up, and like her body is shutting down’

While at the hospital, Tammy underwent a tracheotomy – a surgical procedure where doctors make an incision on the neck and place a breathing tube into the trachea.

The following days were filled with many ups and downs for Tammy and her family as medical experts told the reality star’s family that she may not survive.

The terrifying ordeal was featured on the season three finale of the reality TV series, with Tammy’s sister Amanda telling the cameras: ‘They’re just telling us that her lungs have given up and like her body is shutting down.

‘So at this point, we’re facing making funeral arrangements for my little sister […] She’s been in such a bad place for so long.

‘She waited too long. And now that she has the courage to step out and get the help that she needs, now this.’

When filming the show the sisters weighed a combined total of 1,000 pounds and were told they needed to lose weight to undergo additional weight loss surgery.

During the series, Tammy weighed a total of 605 pounds, and she had to move in with her sister and brother-in-law after her last hospital stay because she needed help with everyday tasks.

Now, Tammy has lost a significant amount of weight and seems to have less health problems as well.

Tammy’s breathing tube is still visible in many of her social media posts as the star continues to seek treatment and continue with her weight loss journey.

The reality star’s fans gushed over her new appearance as they said she looked ‘so happy.’

Another user added: ‘You look so beautiful!’

‘You look amazing. It’s great to see you so happy,’ someone else wrote.

If you enjoyed this article…

Buffalo man, 27, dubbed ‘Merry Christmas Jay’ is hailed a hero for rescuing 24 people from the ‘blizzard of the century’ and leaving an apology note for breaking into a school for shelter so stranded group ‘didn’t die’